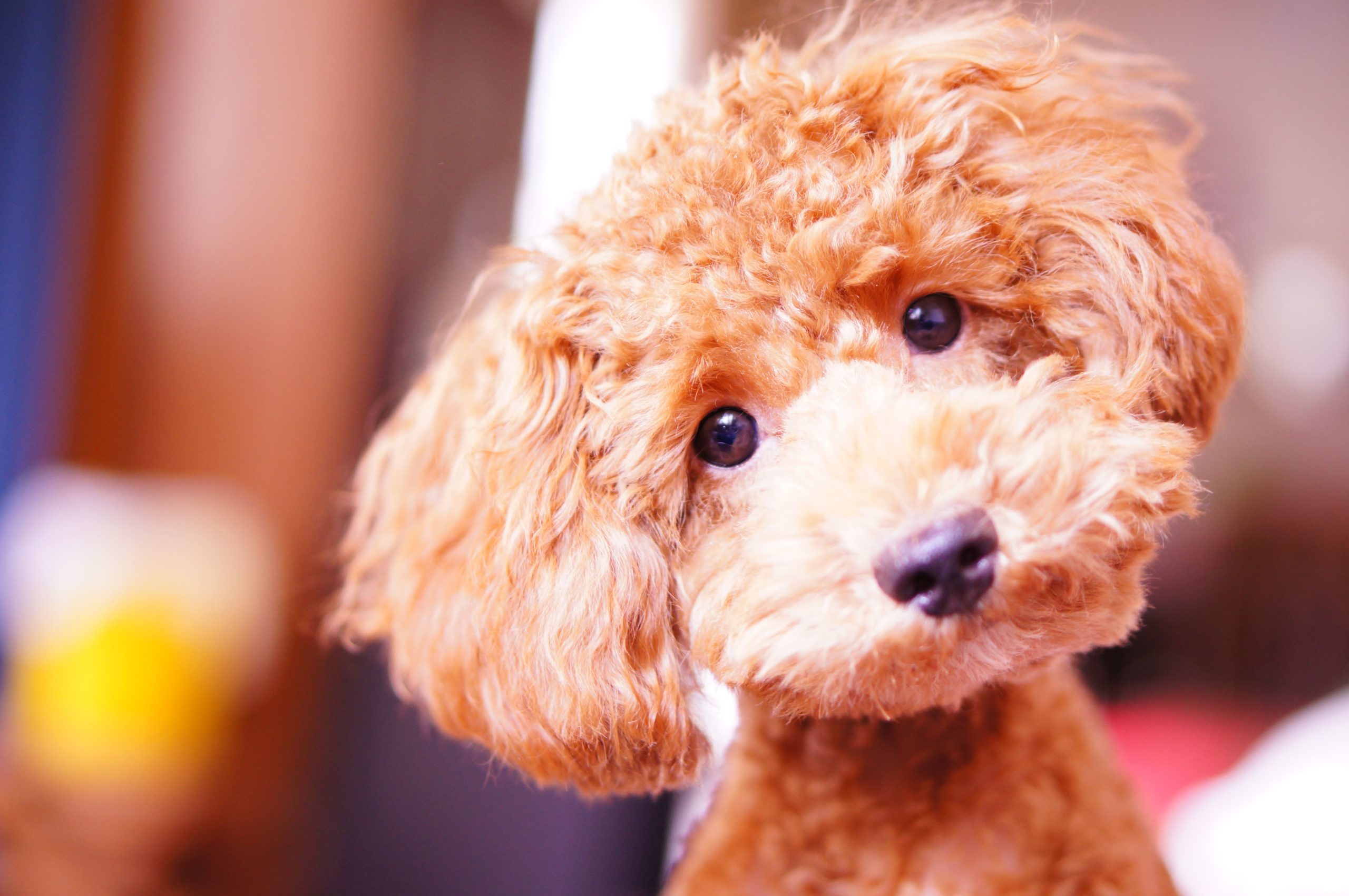 From their appearances to their personalities, these 11 breeds are the coolest small dogs you can get. They’re playful and fun to be around and they may come in a variety of coats and colors enabling you to choose your favorite, unique pup. Choosing a dog breed can be difficult for a number of reasons but if you’re looking for a dog that’s lively and active as well as cute and cuddly, one of these 11 may be the breed for you.

Knowing that this breed lives for around twelve years, you can be sure that you’ll have many years to spend with this charming dog. They’re a bit quirky looking with a sluggish faces, big triangle ears, and long tongues, but they’re just as lovable as the next breed. They make a great breed for apartments because they need minimal exercise and a lot of celebrities have them, too, like Lady GaGa, Leonardo DiCaprio, and Victoria Beckham. They’re very adaptable little creatures as well being that they don’t get too hot or too cold and they come in a variety of colors and variations to choose from.

Fun Fact: They’re not very good swimmers due to their top-heavy build; they tend to roll-over or “capsize” while swimming.

Standard Dachshunds were bred to hunt badgers while their miniature counterparts were bred to hunt rabbits, yet this breed loves to cuddle and give affection. This breed appears as if they got stuck in Willy Wonka’s laffy taffy machine (they weren’t), but they were bred to be this way so that they would be able to chase vermin into burrowed holes. Not only do they come in a variety of coat lengths and textures, but they also come in many colors including mixed colors. With this breed you can be picky with the coloring that you’d like but remember that they’re all affectionate as well as curious, brave, and sometimes stubborn. This breed can normally be found in beds, under blankets, atop pillows, and barking at an intruder.

Fun Fact: Dachshunds have an incredible sense of smell and are known as the smallest breed of hunting dog; they also belong to the hound family despite their size.

Papillon is a French word meaning butterfly and it’s not surprising that this breed was named after the beautifully symmetrical creature. One variation of this breed is known for their large, hairy, triangular ears that sit on top of their head; when fully upright and looking at you their image may resemble that of a butterfly. The other variation has floppy ears like that of a spaniel, although this variation isn’t called a Papillon but rather a Phalene. They have a ton of color combinations and patterns so you can have just about any coloring you want on this adorable breed. This breed is incredible at agility courses; they can jump up around two to four feet in the air and are amazingly fast, all despite their small size.

Fun Fact: Legend has it that Marie Antoinette took her Papillon to the Guillotine with her when she was executed and the dog was excused of any crimes that came with being associated with it’s owner.

Thanks to their proportionally large heads, many Boston Terriers have to be delivered via c-section. Commonly mistaken for a French Bulldog, this breed’s defining difference is the shape of its ears; French Bulldogs have a wider face but that is far less noticeable than their ears which are rounded while the ears of a Boston Terrier are pointed. Despite them being bred for fighting dogs, Boston Terriers are known to be amazingly loving and are affectionately called “The American Gentleman” thanks to their coat which resembles a tuxedo and their sweet and playful personality. This breed usually lived for around fifteen years and come in a variety of color combinations.

Fun Fact: Helen Keller had a Boston Terrier named Sir Thomas; Presidents Harding and Ford also had Boston Terriers of their own when they were children.

Pomeranians are known for their long lifespans as they can live up to, and sometimes longer than, sixteen years. They also make great watch dogs because they tend to bark at just about every noise and sometimes at walls. They’re especially small in size because they don’t usually grow to be more than about seven pounds unless their owner allows them to become particularly obese. Poms are a very energetic and intelligent breed and are about as far from shy as you can get in a dog. Aside from their personality, another thing that makes this breed so popular is that you can get them in just about every color from white to blue, although a blue Pomeranian is not blue by coat color but rather the color of their nose (similar to a blue-nosed Pit Bull).

Fun Fact: There were nine dogs that were accounted for aboard the Titanic and there were only two rescued: a Pomeranian and a Pekingese. The Pomeranian that was rescued was reportedly owned by Margaret Hays who was on life boat number seven who took her beloved Pom into the life boat with her.

This breed has been traced back thousands of years to the Han dynasty in China and they have a beautifully soft, straight coat as well as a tiny, pushed-in nose. Despite their size, this breed is the closest thing to a wolf in terms of genetics. During the Tang dynasty, years 618 to 907, no one except the monarch in the Imperial Palace was allowed to own or breed a Pekingese because they were considered to be a royal pet. If any person who ranked below them had come into the presence of a Pekingese they were to bow and show their respect for the dog. This breed is also sometimes referred to as “The Sleeve Dog” because they were bred down in size so that they could be carried in their owners sleeve.

Fun Fact: This is the breed of the other dog that was rescued off of the Titanic. In Chinese, Emperor Lingdi of the Han dynasty, ruler from 168 to 189, adored his Pekingese as even made it a member of the noble caste which meant that it outranked the majority of the people in China during that time (the caste system: Pope/Church, Monarch, Nobles, Knights and Vassals, Merchants and Farmers and Craftsmen, Peasants and Serfs).

This breed can be used for a variety of purposes, be it a show dog, a hearing aid dog, or an obedience dog. This toy breed’s name comes from the capital of Tibet and the Tibetan word rapso meaning shaggy or goat-like. This breed was first acknowledged in the United States around the early 1930s, although they were known in Canada since the early 1920s. They have a very happy and energetic personality, but they are also known to be quite cautious and suspicious of people they don’t know or aren’t very familiar with. They also have a wonderful guardian instinct which means they make a great family dog or a great watch dog.

Fun Fact: Many Dali Lamas believed that the Lhasa Apso’s distinct loyalty and fearlessness combined with their calm, aloof disposition had to do with the spirituality of the breed and that they were an “earthly vessel” for the spirits of past Dali Lamas. Because of this and the Tibetan belief that Lhasa Apsos were a good luck charm that brought peace, health, and prosperity to their owner, it was nearly impossible to purchase one before the 20th century; the only way to get one was to have it gifted to you by the Dali Lama who normally gave them to foreign dignitaries and diplomats.

This especially short breed is known for have a beautiful, long coat of hair and for being incredibly strong despite their size. They can weigh up to 25 pounds but don’t usually grow taller than about ten inches. They are extremely loyal dogs and they are also courageous, protective, and willful. They’re originally from Scotland and can be found in a variety of colors from a light cream to platinum to a deep black. They originated on the Isle of Skye off the coast of Scotland and were used as vermin-hunting dogs.

Recognized in 1884 by the American Kennel Club, this breed originates from England in the United Kingdom. They don’t usually have as much energy or speed as other spaniels but they are considered to be a field and hunting dog. They are also known to bark and are one of the small breeds of dogs that drool a lot. They have short legs are a long body that is similar to a Dachshund. They have an energetic temperament but they are also known to be quite calm and reserved.

Fun Fact: This breed nearly went extinct during World War Two, although they are now incredibly popular in the United States. The breed was saved by an English breeder, Joy Freer, and all Sussex Spaniels that are around today are descendants of the dogs she saved.

Despite their heavy coat, this devoted and energetic companion originated in Cuba. Even though you can’t see their eyes very well, they are known to be extremely expressive and love to cuddle. They’re affectionately called a “Velcro Dog” because they are known to become incredibly attached to their owners; Havaneses can live for up to fifteen years and are easily trained although they are quite smart in that they are considered to be a con-artist.

Fun Fact: Many Bichons were brought to Cuba during the time Spain took control of Cuba. The explorers were told to take their dogs with them on the journey and this is where the ancestry of the Havanese lies. It is rumored that the breed came from a mix of French and German Poodles some time during the 19th century.

This breed has been growing in popularity over the years, although many people still aren’t familiar with them. When the breed first appeared in China, it was received as a gift from Japanese royalty due to something important that a person did for the Japanese or their government. In the Japanese language, the word chin means “to give a reward” which gives further meaning to how the breed came about in China. The Japanese Chin’s most defining feature is the white spot on the middle of their forehead, often referred to as Buddha’s thumbprint. They are known for being affectionate and loving pets and are frequently used as therapy dogs.

Fun Fact: This breed is pictured on a lot of Chinese and Japanese temples, pottery, decorations, and embroidery. They were often kept in a hanging cage much like the one you would keep a pet bird in to ensure true honor and protection of the animal.