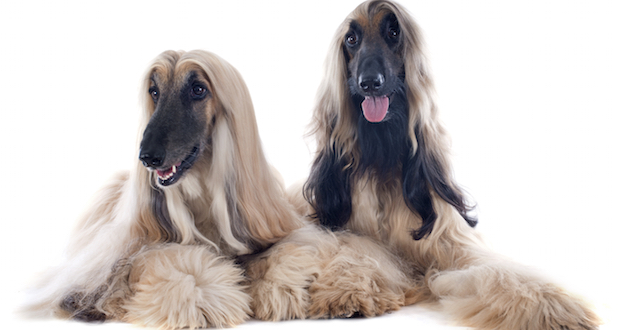 It isn’t fair to label a dog as unintelligent or untrainable. In fact, in many of these cases, the blame assigned to the specific dog or breed falls squarely on its trainer. Just as a bad carpenter will blame his tools for shoddy work, an owner will point to the dog as the source of disobedience and poor behavior.

A dog’s breed is becoming less relevant as we move beyond the traditional reasons and purposes behind why they were initially bred, for example; hunting, tracking, and even security. As dogs become more useful as companions and less for survival, being domesticated has certainly crossed wires along the way and led to the belief that certain breeds are less intelligent than others. For the sake of this article, let’s run down this so-called list.

Known for being one of the oldest dog breeds that can be traced back to Asia, even before recorded history, Afghan hounds were used for hunting purposes. During ancient times, dogs like the Afghan hound were seen as a sign of wealth and success.