The 9 Most Exotic Dog Mixes 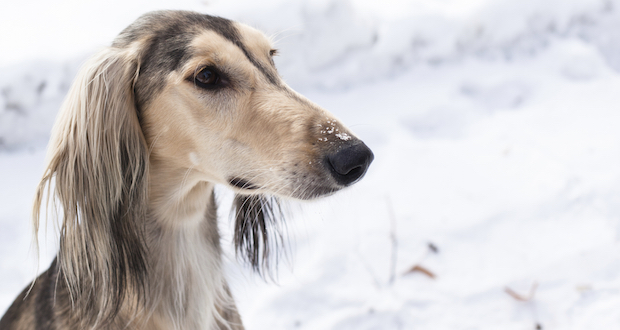 We’ve all heard of the run-of-the-mill dog breeds, and it seems that everyone has a Golden Retriever or Chihuahua, but what about those who really want a rare and exotic breed of dog that makes their brood one of a kind? Here’s a look at the nine most exotic dog mixes and where they come from. You may even find your next pet.

At a maximum weight of 66 pounds and standing at up to 28 inches tall, the Saluki, or Persian Greyhound, has long wavy hair and a sleek body, hails from Turkey, and was once considered the official dog of Egyptian royalty. Their remains have been found alongside their masters in tombs and appeared in hieroglyphics. The Saluki comes in a wide variety of colors and can be found in a smooth-haired version although it is fairly rare to find one. Ancient customs dictated that this majestic and unique hound was to be given as a gift, and never sold to an owner as it was believed to be a gift from the gods. With a life expectancy that runs up to approximately 12 years, the Saluki is a hunting dog by nature that was known to hunt gazelle and other animals that were native to Egypt, Persia, and Turkey, making it an unsafe pet to have near other pets.