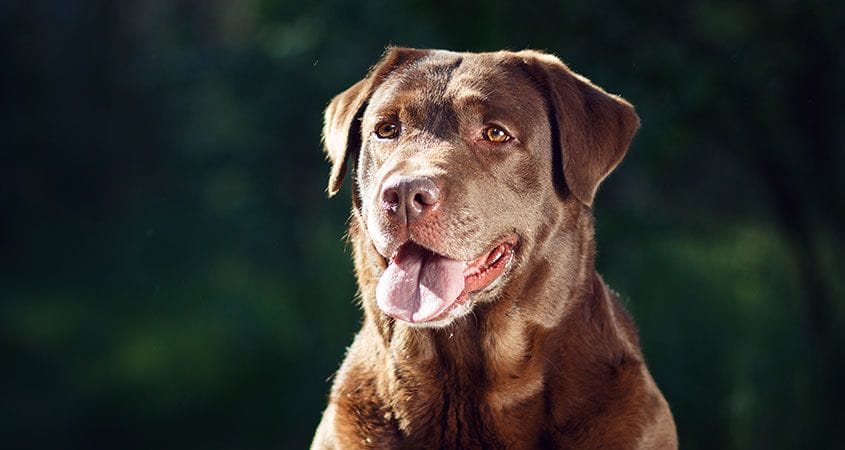 You need a real brainiac for a pet? A dog that learns faster and is always aware of its surroundings? Or do you need a pooch who is curious and always discovering the environment? You better be careful with what you wish for. Some of the largest and smartest dogs frequently out-wit their owners. They don’t need thumbs to open things such as crates and doors, or reach the highest shelving where you keep your treats.

If you are ready for the joy and challenge of a dog who might outsmart you, then continue reading about the top 8 large intelligent dogs. And then move on to 9 intelligent small breeds.

On top of this list is the Border collie. The Border collie loves to work. Although you might think that it’s only human beings who have a life full of hard work, this pet needs something to do to be jovial. It is one of the best herding dogs and has developed to be one of the most used dogs in the sports world. The Border collie is known for its obedience, speed, and agility. Additionally, it has the ability to understand new tricks faster. These pets love to work next to their owners. They are especially perfect at dog sports competitions. Additionally, you can often see them participating in disc games and flyball.

The German shepherd is one breed that you can actually say or classify as being mean and tough. But as we all know “looks can be deceiving” because it is one of the most lovable dogs you can ever interact with. German shepherds can be trained to do stuff that ordinary human beings can’t. Most shepherds are trained to be rescue dogs, police dogs, and some work with the military. They are so intelligent that the Marines and Army have often allowed them to be used in international missions. Additionally, they are quite obedient and very protective. A few years ago, German shepherds were always used as herd dogs but now they are used in more prestigious and higher positions.

The Doberman pinscher breeds are fairly intelligent. Just like a German shepherd, this is another breed from Germany to make it on the top 8 large intelligent dogs. In the past, Dobermans were trained to be watch dogs, guard dogs, and police dogs. In the late 1800s, people were searching for a pet that was loyal and loving, as well as ferocious and tough when need be. This is precisely where Doberman fits in. Although you can train them to be ferocious, most of these pets are docile and gentle. Some have been used in clinics and hospitals to assist patients who are undergoing therapy. Although slightly fierce by nature, you can be assured that Doberman will protect you.

Don’t judge this breed by its pretty face and fancy fur. It has beauty, brains, and a huge sense of humor. They are far from prissy; they are not only loving and caring pets but they also prosper on attention and learning from their masters. Additionally, Poodles are excellent choices for obedience and agility sports. Although they aren’t froufrou show animals, they still require intense grooming.

The Labrador retriever is among the smartest and most popular dogs in the entire world – maybe second to Border collie. It is a stunning breed of dogs that provide many different services. The Labrador originated from Newfoundland and was often trained to hunt waterfowl. After many years, Labradors are now able to do more and more tasks. Most of these animals are used in different units of police as drug sniffing or bomb sniffing dogs. Any animal that can be trained to sniff drugs and bombs is definitely intelligent. In addition, Labs are used as rescue dogs. Some are trained to assist the blind – they can lead human beings around without paying attention to distractions. The Lab is an obedient, patient, and loving pet that can be educated to do so many tasks.

Also known as Rottie, the Rottweiler can be trained or mis-trained to be sweet or a vicious dog that can harm children, adults, and other animals. Speaking of human beings, the average Rottie can weigh as much as a small sized women – about 110lbs. The Rottie originated from Germany but were mostly used in the Roman Kingdom. They are often used as police dogs due to their strong teeth and jaws. Many years ago, the Rottweiler was used to carry heavy goods and wood to the houses. If you desire to train a pet to protect you, your family and all your precious items, a Rottweiler is the way to go.

You don’t need to be in Australian to see this dog. Australian cattle dogs usually grow to be between 30-50 lbs. They are well known for their intelligence – especially when it comes to herding cattle. Additionally, they can be trained to be biting dogs (don’t be scared, it won’t bite you unless you are training it to). They are trained to bite animals, but not too hard, in order to keep them moving. Australian cattle dogs have been herding animals since the early 19th century and even today they still do this perfectly. They are quite active and love to work.

Frequently confused with the Lab retriever, the Golden retriever is also a very popular breed of dog that seems to be ideal for a family. Golden retrievers have been man’s best friend and companion for a very long time, especially the hunters. It can be trained to search and bring back game or waterfowl that has been shot. Additionally, its soft mouth allows it to bring unharmed animals to its master. Golden retrievers can also be used as drug-sniffing dogs, guide dogs, as well as rescue dogs. It is quite patient and thus easier to train. If you ever watch dog sports online or on the TV, you’re assured to see these dogs competing.

Dogs are certainly known to be the man’s best friend. In fact, some studies show that dogs form a strong emotional attachment to their owner in much the same way human babies do to their mothers. The relationship between a dog and man is said to be so unique that no other domesticated animal can enjoy such a relationship.

The Pomeranian is considered an intelligent breed with a bright disposition and lots of energy. If you’re seeking an easier breed to train, this dog will save you some headaches and frustrations. In fact, Pomeranians love learning new tricks and will be able to learn many commands. They also do quite well in competitions, so if you like to compete, this is the right breed for you. They’re also very lovable and friendly, so they make an attractive family pet and your children will them. If you don’t love lots of attention, this breed is not really for you. Also, they tend to bark when strangers arrive, so keep that in mind as well. They think they are quite ferocious and will certainly feel like they are protecting the family with their barking.

If you’ve got a cat, you might not want to get a Skye Terrier because they don’t really care for them, but they are super smart and tend to like people quite a bit. The Skye Terrier is happy go lucky and loves the outdoors as well. Many people feel it makes a wonderful family pet.

You should not be surprised to find this dog appearing at number three as the most intelligent dog. These breeds of dogs are absolutely brilliant and though they are rarely seen, they are used as hunting dogs, as well as rescue and watch dogs. They are also used as water dogs. Poodles love to be around people and they are also very protective. The dogs mostly weigh up to eight pounds but you can be very sure that the services they provide are way beyond their weight.

This small breed is much like many of the terrier breeds: small, smart, and friendly. Coming to us from Britain back in the 19th century, this dog was first used to hunt small animals like the fox and mice. This terrier tends to be confident and brave. It is smart and will obey your commands when it feels safe to do so. Some say that some of them can be too aggressive, but normally this is not the case.

The Brussels is a toy dog that is quite smart and when you look at its face, it looks a bit like a human. They come with either short or bristle coats and are known for being quite happy with a pleasant temperament. They are great family pets, are curious about new surroundings, and on high alert when it comes to people they don’t know.

Pugs are known to be extremely intelligent, good natured, and great for when there are children around. They are non-aggressive and can be trained to be quite obedient. Pugs make wonderful family pets, as they are quite loving. They can learn many tricks as well.

This dog is probably one of the cutest dogs you will ever find and it has shown that cute things can be smart too. They weigh up to eleven pounds and some can weigh to as little as three pounds. They are known to be very charming dogs and have they have always been a symbol of elegance. They have a very good sense of hearing and this allowed them to be used by the royal courts and aristocrats in the ancient times. They are very sensitive to every step you make and thus very protective.

This is a quite intelligent small breed sometimes called “Pems”. They love people, including children, and will play with them for hours. They have plenty of energy and can learn plenty tricks and commands. Many farm owners will own Pems because they are great herders and the abundance of energy makes them adept at working (or playing) for large parts of the day. They’re quite versatile. If you’re seeking protection, they are great little watchdogs and will bark and bark at strangers and noises. Although they are a bit big to be comfortable lap dogs, they think they are and will jump up on your lap often. More good news is that they housetrain quite easily.

Last, but not least on this list is the Miniature Schnauzer, as they are very smart and make excellent family pets. Keep in mind though, that all that intelligence and lovability can make for an active dog that keeps you on your toes. You’ll have to be pretty stern when training so that they know who is really the boss. They’re great at agility and they can herd too. Be sure to let them exercise and burn some of that energy off during the day. Though they make great family pets, you might want to monitor them when they are playing with children, as sometimes they will nip them. They don’t do this in a mean-spirited way; they simply don’t think it will hurt and they are just playing.

There really are some incredible small intelligent breeds out there to choose from. Be sure that you take time to check out several before making up your mind as to what you’d like. Enjoy the learning process when it comes to different breeds and be patient. You’ll choose the perfect one for you when the time is right.

Although the number of intelligent pets has been increasing over the years due to better trainers, training a dog requires you to be patient and give your dog the right kind of motivation- be it treats, praise or petting. Having a smart pet is like having an intelligent kid – it is always into something and will often get into trouble if it gets bored.