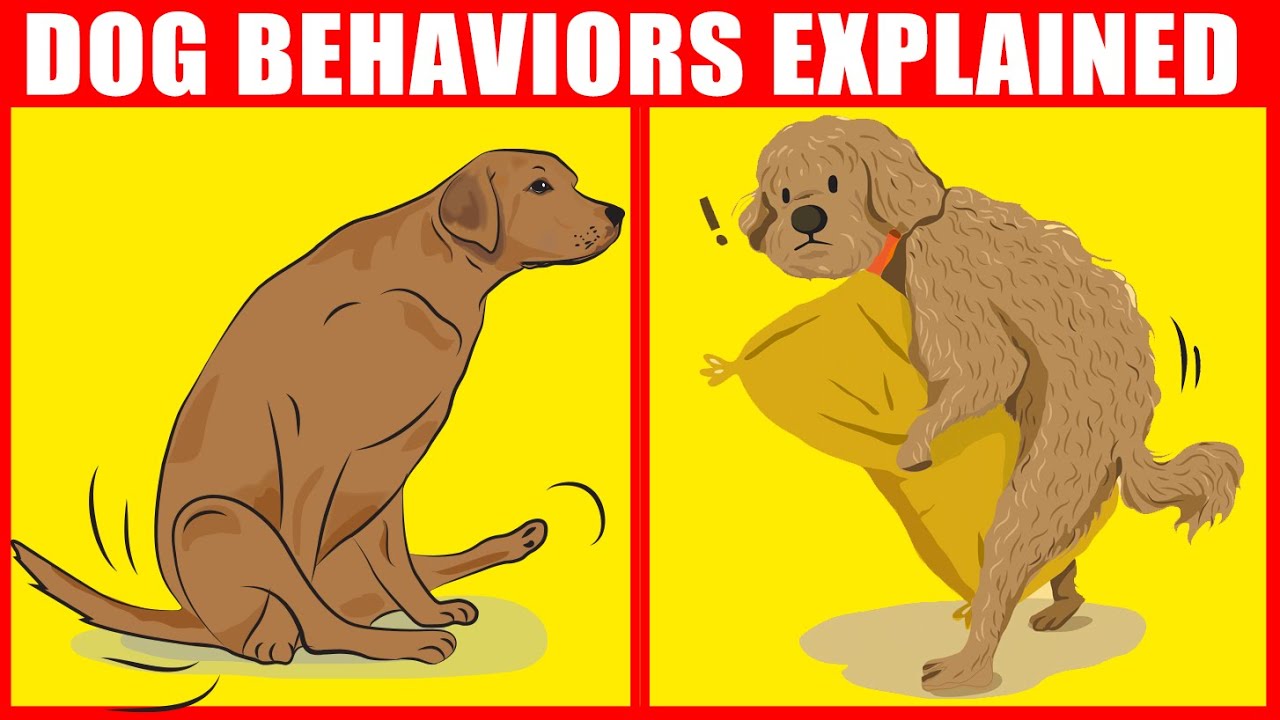 Dogs are a lot like us in a number of ways, but they have very different urges, limited understanding, and tons of odd behavior that seems very foreign and at times disgusting. While you cannot completely resolve all of their odd behaviors, it would at least be nice to know the motives behind them. Here’s a quick look at eight odd dog behaviors and why they do what they do.

If you’ve ever heard a dog in a reverse sneeze fit, it can sound kind of alarming. At first, you may think that they’re hacking up a hairball or about to lose their lunch. Then, the heaving mysteriously vanishes. This odd behavior can cause a lot of dog-owners alarm when they don’t know what’s going on with their beloved pet, but don’t be worried. Reversed sneezing is, as PetMD puts it, when a dog “bring[s] air into the body to remove irritants in the upper area that lies behind the nose.”. The general idea here is that the dog is filling its lungs in order to push allergens, hair, and other foreign bodies from its sinuses. Often this is simply due to their being a large amount of dust and hair floating through the air in your home or a dog with allergies. It can be seen in health conditions involving the respiratory tract, but only if it doesn’t improve and happens on a consistent basis.

Some dogs don’t do it, but a vast majority do. Howling at sirens or someone singing can be a little annoying, and some owners think their dogs are downright cute when they do it, but why are they howling? The consensus is that dogs hear sirens, other dogs, or singing and it hits the right frequencies in their ears that signals to them that there is something being communicated to them. Because of this, they join in. If you don’t want your dog to howl at every passing fire truck, try firmly telling them no or training them to quiet down by using positive reinforcement when they listen to a command like “shush!”.

3. Constant Barking in Your Absence

If you’ve got a dog that acts up the minute you leave the house or room, your dog may have separation anxiety. At first, you may think it’s really cute that your dog misses you, but that isn’t the case at all. Separation anxiety is plainly put anxiety that has been brought about by being left by someone the dog is overtly attached to. When the dog tears apart your house while your gone or continues barking until you come back, it’s merely there nervous reaction to perceived abandonment and stress. There are things that can be done to quell this behavior though. Practice telling your dog to sit and giving him praise. Leave the room, but tell your dog to stay before you do so. If the dog stays, give him a treat or a favorite toy with lots of additional praise. If you can get your dog to sit and stay without a problem. Try doing the same and moving to the front door. Patiently work the dog up to a point where you can go outside the door and they remain in the same spot without making a sound. This could take a few weeks, but it will make them understand that keeping it together when you leave is good and gets reward.

Often seen in puppies and Dobermans, flank sucking is much like a child sucking on their thumb. Becker Animal Hospital states that “a hereditary component is likely.”, which could be the case since it is seen in certain breeds of dog more than others. They also cite this strange habit as a stim or tool to cope with separation anxiety or self-comforting behavior. If the issue is separation anxiety, try to get the dog used to sleeping in the same room as who they are attached to, and leave a stuffie in your dog’s bed to help comfort them when you’re asleep at night. If your dog is causing damage to their skin, losing hair at the site, or it interferes with its normal functioning, you should get a vet to run some tests and make sure it’s nothing serious.

Watching a dog toss their food around, chase it, and roll on it like its a dead animal is very cute, but extremely puzzling. However, the answer is more common sense than one would assume. Dogs are carnivores and their genetics predispose them to hunting behaviors. Even small dogs like chihuahuas will chase their food and play with it as if it is prey. They also roll on it, which is most likely in order to ensure that their prey is dead before they enjoy a snack. If you aren’t happy with finding bits of food left lying around, simply give a command for them to take their food to their bowl or bed so they understand that the behavior is not acceptable. They will eventually stop, but if they don’t, don’t be concerned. It’s natural.

Another primitive behavior, walking in circles before lying down is a natural instinct dogs have retained from their ancestors. Livescience notes that “wild dogs had to pat down tall grass and underbrush to make a comfortable bed.”. It’s also thought to be a form of marking one’s territory with a scent and visible evidence of a dog’s presence. There’s absolutely nothing wrong with your dog circling their favorite spot before settling down. If they are doing it outside of when they are about to lie down and it is affecting their normal everyday life, it’s time to see a vet. Otherwise, just let sleeping dogs lie.