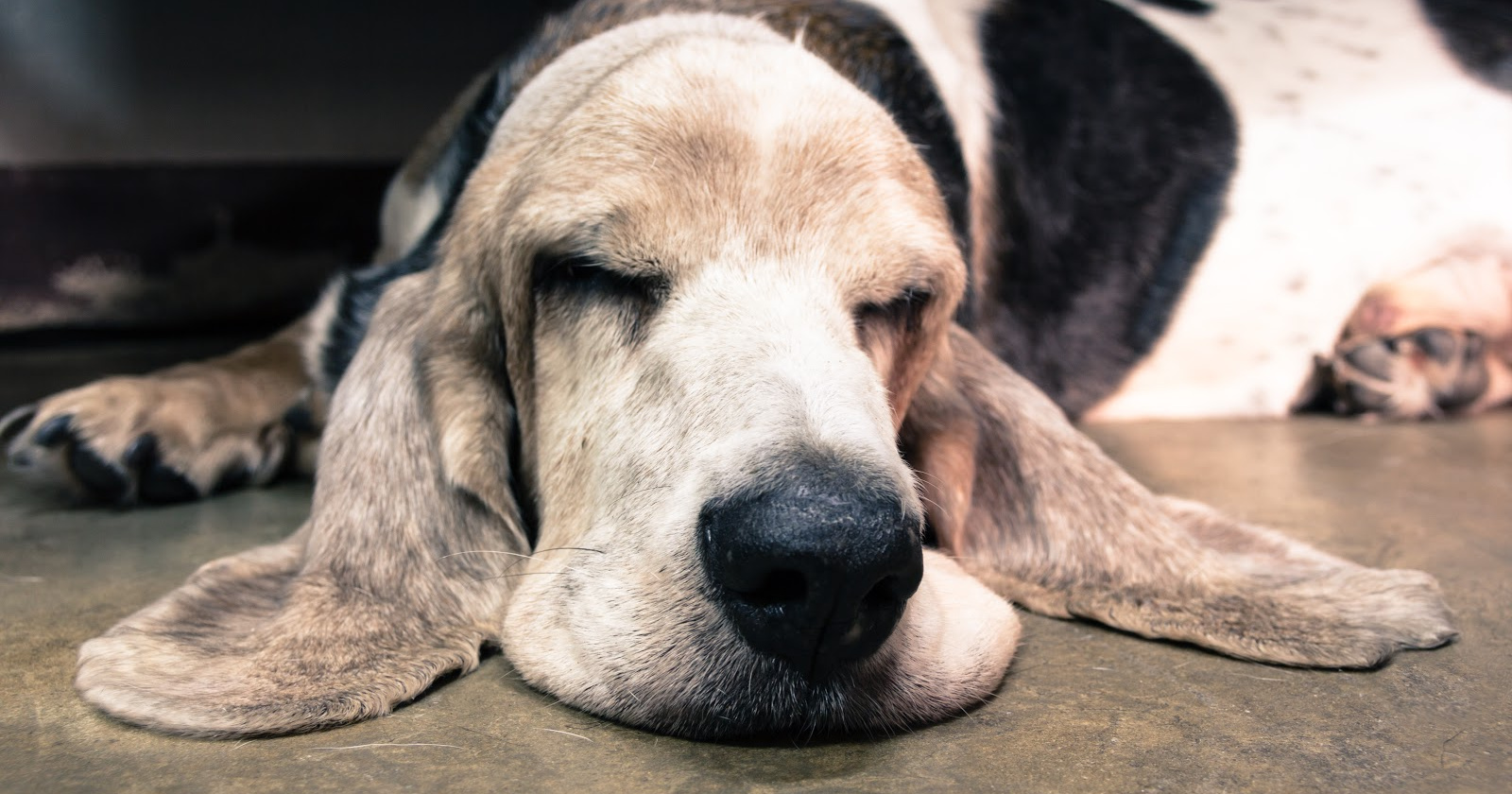 Cat naps are not just for felines. Even the most energetic of dogs needs and deserves a couple of naps and a long, rejuvenating sleep each and every day. Some breeds may follow their humans’ leads by only requiring a standard seven to eight hours. However, for others, no day is complete without a ten or more hours of beauty rest.

Weighing in at 120 to 225lbs, mastiffs of all types are known as the sleeping giants of the dog world. It’s truly not easy being the big dog on the block as the sheer size and weight of the dog’s body requires mastiffs to clock in around 16 or more hours of sleep. While it may be tempting to let a mastiff share your bed so that you can ensure they get proper amounts of sleep, mastiff owners agree that the dogs also tend to not sleep as soundly and require their own space so that they can stretch out, toss and turn, and drool all evening long.

Like the Mastiffs, Saint Bernards also win both categories in regards to size and sleep necessities. Fifteen or so hours a day can keep these couch potato dogs healthy and strong. However, it is important to note that being the sleepiest dog on the block can also be dangerous. Saint Bernards have a tendency to develop or be born with the sleep disorder of narcolepsy. While not fatal, Saint Bernard owners should be on alert for strange and sudden sleepiness in their pets.

Not all sleeping dogs have to be giants. On the contrary, the tiniest breed of purebred, non-teacup dog there is happens to be known as one of the sleepiest. Total lap dogs that still packs a ton of sass and attitude, chihuahuas are believed to get an average of 10-13 hours of sleep per night. That’s a ton for a breed that weighs, at most, 10 pounds. Unlike larger dogs, chihuahuas get more sleep in frequent naps than longer duration rests.

The English Bulldog’s past can shed some light on why the breed desires more sleep than most of its other companions. Bred more than 500 years ago by crossing the feisty pug with the dominant bull, the English Bulldog was quickly discovered to be more of a gentle soul than a fighter—mainly because the bulldog’s body is not meant for high energy activities. In fact, because of its larger size and shorter snout, it is the only dog breed to be diagnosed with sleep apnea.

Not all sleepy dogs are complete couch potatoes. The Bernese Mountain Dog from the “working” family is all about getting good day’s work done and then enjoying a rejuvenating sleep when their tasks are done. Bred in Switzerland to help farmers herd cattle, pull heavy loads, and stand guard over lands, the dog is at its best when it has a daily, routine task to complete. It makes the 10-14 hours of sleep much more rewarding.

A spaniel on a list of sleepy dogs? While this breed may be classified as a “hunting” or “gun” dog along with the rest of its cousins in the spaniel family, the Clumber Spaniel’s stands out of the crowd given its perchance to take long naps and sleep more than 10 hours per night. Raised to be the giant of the hunting group, the Clumber Spaniel still requires the exercise and energy release, but at night, it would prefer to be cuddled up and snoring. The breed’s snore and drool are so distinct that some pet experts and vets warn future owners of it before they rescue or adopt one.

New dog owners often confuse size with need to exercise. However, for most giant dogs, proper growth requires more sleep and less exertion. Newfoundland males can weigh in at more than 100 pounds and can sleep an astounding at 12 to 19 hours every day. However, when the Newfie is awake, it is important to devote time to training and exercise; these dogs tend to become overweight when owners give in to their sleepy dispositions.

Another unusual classification to be found on the sleepy dog list is a terrier. The Glen of Imaal is a mix of several breeds previously mentioned on this list. As a working dog, it requires tasks like the Bernese Mountain Dog but as a smaller terrier, it is more prone to shorter, more efficient sleeping like the chihuahua. On the lower end of the sleeping scale, it typically gets around 10-12 hours of sleep per day.

While you may feel that your dog sleeps plenty or does nothing but nap all day, most dogs naturally fall into a pattern that works for their temperament and duties. Whether they patrol the mountains or spend their days warming up your lap, a healthy dog is a dog that rests. For these 8 dogs, a good night’s rest just may stretch well into the day.